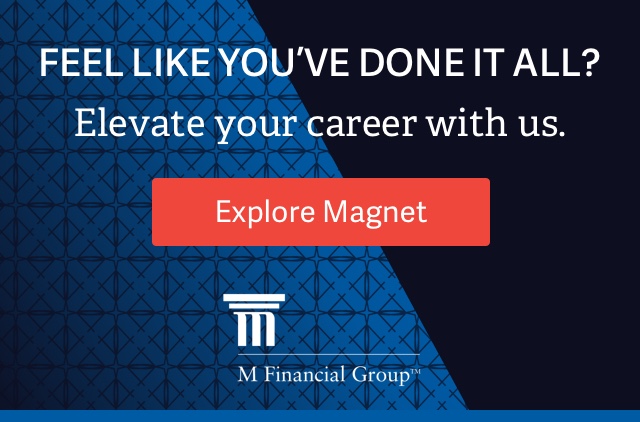 M Financial’ s CEO Wes Thompson said it best at the company’s 1st Annual M Financial Philanthropy Awards, “Corporate philanthropy is an investment, not an expense.” We are proud that Enza Financial was among the three Member Firms recognized for prioritizing philanthropy as part of their values.

In fact, they established a foundation to organize their efforts and better serve the community.

“We decided to form the Enza Foundation to do that,” explains founder and president Joe Crea. “We budget funds every year, and hardly ever say “no” when it comes to fulfilling the needs of children…It comes from our hearts.”

While one of Enza’s primary focuses is on supporting charities and ministries that impact children’s lives, they also work with a myriad of other organizations and special interest groups.

Joe Crea served as Chairman for Habitat for Humanity Cleveland, and co-owner and principal Linda Cahill is on the board of the Alzheimer’s Association where she is “passionately raising funds to find a cure.”

Giving is a Team Value

“One of our values is enthusiastic giving,” she says. “Throughout the year, our company sponsors a charity a quarter that we focus on as a team. Everyone gets involved—from organizing, to working the event and securing donations. The Alzheimer’s Association is close to my heart, but at Enza, it is not just about what Joe and I choose to sponsor, but what our team identifies as a community need. That is how it is embedded in the fabric of our company,” she says.

A few of the ways that the team has chosen to serve its community includes serving at local food banks, holding drives and fundraising events, adopting families in need over the holidays, and working with local chapters of Hope Over Heroin and March of Dimes.

Mary Johnson, Linda’s executive assistant, heads up Enza’s local coat drive for Love, Inc. “For all the years I’ve worked with Linda and Joe, they have always tried to pitch in when there is a community need,” she said. “And we’re happy and excited to do it.”

“For many of our drives, we use our competitiveness to our advantage,” Mary added. Last year, our goal was to collect 150 coats to donate to the organization. Fueled by friendly competition, we more than doubled our goal, collecting a grand total of 398 coats!”

Andrew Cate, the company’s project manager, even paid a visit to his grandmother’s home to see if she was willing to part with any of her three closets full of coats—and won, single-handedly bringing in an amazing 91 coats for donation.

Enza shares their passion for community support with everyone they work with, including their clients. In fact, 137 of the coats came from outside the firm. Client donors included Precision, Marsh Berry, Pradco, and Your Partner in HR.

Supporting the Alzheimer’s Association with Flair

Each year in June, people around the world come together to raise awareness and money for Alzheimer’s through the fundraising activity of their choice. When the Enza Foundation set out to brainstorm on the best way that they could help on the Longest Day, Foundation chair and Senior Retirement Consultant Kiowa Speck, led the charge.

“I think our philanthropic role in the community is extremely important—we feel we have a social responsibility to help our neighbors in need,” he says, “as do our clients. Many came to us because we share their values and mindset.”

Linda credits the amazing team at Enza for its success. “They provide the same level of zealous service to these charitable events as they do in managing client relationships,” she said.

Service is at the Heart of Our Work

With a team of people who love to serve the community with this level of enthusiasm, it comes as no surprise that they are just as generous in their personal lives as they are at work.

“Nearly every producer at Enza has been on the board of a local organization,” says Denise Bandsuh, the company underwriting account manager. “Our team has always been actively involved in the community at many levels.”

Company COO, Diane Hackman couldn’t agree more. “It is part of the way we look at service. Enthusiastic giving has always been a priority for all of us—both our leadership and staff. It is simply who we are.”

Do clients actually care about a company’s values? According to Linda Cahill, for many clients, the answer is clearly Yes. “There are many times when, meeting a prospective customer, the conversation will turn to Enza’s community involvement… sometimes even before the company’s credentials and products are discussed.”

According to Enza’s project coordinator, Andrew Cate, seeing Enza’s values in action gives clients a sense of how they can expect the company to behave.

“I think our clients get a sense that we’re in this for the right reasons and we’re looking to do good in the world,” Andrew explained.

“I saw all of the charity work that Enza does,” she said. “And I was just blown away…the different things that they did just seemed so far out of the norm for companies. It was really something that drew me to the firm.”

“Our client’s future has always been our focus. We believe that involves being active to secure our community’s future, too,” said Linda Cahill. “We’re proud to be recognized by M for our philanthropic work, but prouder still for the impact we have on the community in which we serve.”